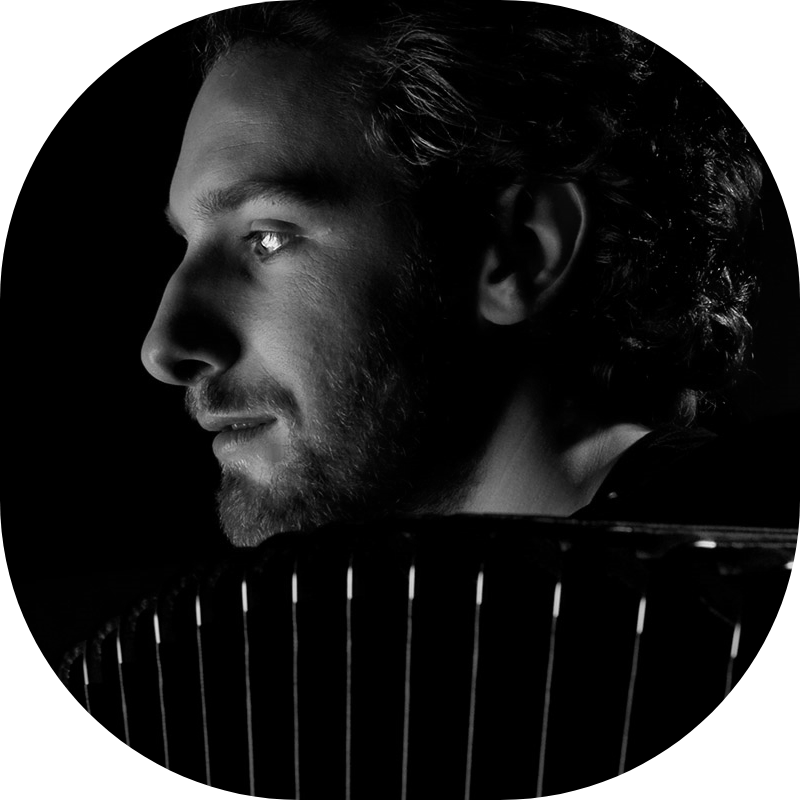 Highest degree in both masters degrees of chamber music and accordion at Conservatorio Giuseppe Verdi in Milano. Master degree in physics at Stockholm University and master degree NAIP at the Royal College of Stockholm.

A continuously growing artist with decadal teaching experience, expecially engaged in academies aiming at encouraging young Roma and adolescents to partecipate and cultivate a passion and positive emotions through music and arts.

As a music lover, Francesco Moretti had the great opportunity to listen to several classical, opera and jazz music concerts in Italy, expecially Milano, in Stockholm and in Luxembourg, enjoying the live execution of the greatest musicians of his time.

During the soloist one-year master at the Royal College of Music in Stockholm, he recorded the CD “Repetita”, which red thread is the use of a repeated and hypnotic pattern, from Renaissance to nowadays. His original transcriptions for solo accordion exploit the technical and expressive potentiality of the modern accordion.

Perfomances in the Netherlands, Swizerland, Sweden, Iceland, Germany and Italy.